VIDEO:
"Boy Meets Girl" directed by Stylewar. "Move Your Feet" directed by Shynola.
Live tracks: audio recorded and mixed by The Great Nalna and Jesper Reginal, video edited by Jesper Rofelt, footage by Jesper Jon, Kiko Sjöberg, Jesper Rofelt, Karsten Andersen, Rune Mielon and Thomas Jessen.
The Delta Lab Diary edited by Jesper Rofelt. 1st unit footage by Senior, 2nd unit footage by Junior, Thomas Troelsen and Jesper Reginal. NB: All the video Components are coded in Quicktime format. If you do not have this program you can download it from www.apple.com/quicktime. The videos do not start automatically, to view simply open the documents on your Mac or PC.
Due to variances in hardware, we can't garantee playback on all machines. 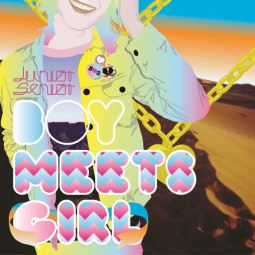