The sound and feeling of this four piece band is somewhere along the lines of Low, Chris Isaak and Julee Cruise. ONBC is both intense and cinematic - it’s the grand, everlasting themes of love, loathe and death revived in evocative indie pop, completed by the beautiful, spherical vocal harmonies of no less than two female front singers.

All four band members have paid their musical dues, and paid them well. Tanja Simonsen was the queen of legendary Danish indie pop band superheroes and the later Private. Mikkel Max and Camilla Florentz were both in the indie band epo-555, whereas Ivan Petersen fronts The Boombox Hearts. Adding Tanja to the former line up, ONBC rises from the ashes of the crash of Oliver North Boy Choir, and in total, they form an ABBA’esque line up, complete with a blonde, a brunette, and two bearded gents. It’s a classic! 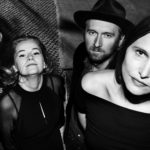 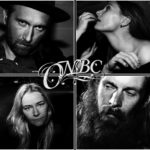 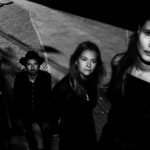