All songs written by Death Tothe except Theme from Token Negro, lyrics by Matthew Caldwell. All songs performed by Tothe International.

Tetris highscore and additional mix on Clone my Genes by Kasper Rud.

Dollwork by Martin "Walley of the Dolls" Schiøler. Photos by Morten Wöldike. MackAttack by John "Them tantalizing beats in my head just won't stop" Bau.

Thanks: all the above and everybody else who worked on this album, Kubi booking, Screamin' J Hawkins, Döner, Matt Groening, Death Tothe (rest in peace), the Crunchymobile (rest in France), the Hamburg gang, Sorte Gris, KODA's kollektive båndmidler, DT Jam, Some guy I guess. 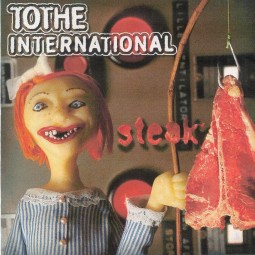